Infrastructure and Politics – a fine balance 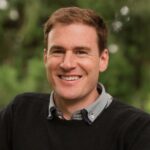 How did you end up in the infrastructure sector? For me it started with a knack for maths and science and a desire to do something practical. So why is it, that in our engineering world of maths, science, logic and technical know-how, we are told that the skill we need most for the future is “political acumen”?

At the 2020 NAMS Forum, keynote speaker Diane Edwards (Future Foresight Strategist) lists ‘political acumen’ in her top skill picks for asset managers. That’s quite the departure from my maths and science – am I the only one feeling a little ill-prepared for this future?

Why do infrastructure professionals need to understand politics? Come to think of it, why are politicians the first to speak at all of our conferences? Why are they on our expert panels and invited onto our webinars? We can look for answers by exploring the links between infrastructure and politics.

Infrastructure is a public good

It’s society at large that benefits from our roads, pipes and bridges. They’re owned by the public, paid for by the public, to ultimately provide a benefit to the public. This public ownership means some form of governance and representation is needed to ensure the diverse interests of the whole group are maintained. Naturally, with large groups, politics enters the picture. Politics is about deciding how we allocate resources and power on behalf of the group.

While society as a whole pays for and benefits from infrastructure, that doesn’t mean all individuals in the group are affected in the same way. Some people will bear more of the costs and others will reap more of the benefits, it’s lumpy. It’s inevitable that someone in your group pays less for infrastructure but benefits more, and vice versa.

Another classic example would be the daily commuter who raves about a new motorway, compared to the urbanite living at the end of the motorway who’s now getting used to only turning left and is comparing quotes for triple glazing. Very lumpy.

And don’t get me started on non-metered water supply…

So now we’ve got a political environment where resources and power are traded-off to balance public interests in a process that will inevitably end up with winners and losers. Enter lobby groups and vested interests. As a species we generally like to be the ones benefitting and generally dislike being the ones paying. So we politely ask our political representatives to ensure we’re getting a large slice of benefits but not too big a slice of the bill. How else will we pick winners and losers if not through politics?

When it comes to infrastructure it doesn’t just matter where you live, it also matters when you live. Infrastructure is long-lived and spans generations. Today we are benefitting from decades, in some cases centuries, of prior infrastructure investment.

When media reports a news story about a 100-year-old burst water main they fail to express gratitude for the previous 99 years of non-bursting benefits, or any acknowledgement of the different group of people who originally paid for it.

The benefits of infrastructure are wide ranging and affect more than just the person turning on the tap or peddling down the cycleway. Infrastructure investment can help us be more productive, healthy, connected, and greener. In this way, infrastructure offers politicians a mechanism to deliver the broader social outcomes that they champion.

Disasters bring a similar prompting. Following the 2010/2011 Christchurch earthquakes politicians allocated resources to create the Stronger Christchurch Infrastructure Rebuild Team (SCIRT) with a mission to “Create resilient infrastructure that gives people security and confidence in the future of Christchurch”. The infrastructure response delivered more than just roads and pipes. It delivered jobs and confidence for a community who embraced the humble road cone and high vis worker as a sign of hope and momentum.

There’s no escaping it; infrastructure and politics are linked. Infrastructure brings benefits to many in our group – some more than others, and impacts generations today and tomorrow – directly and through broader outcomes.

So let’s embrace this link and open our eyes to the political nature of what we do, at least open enough to take a first step towards building up our “political acumen”.

This article is my first step towards building “political acumen”. I’m looking forward to further examining the tension between infrastructure decisions and political decisions, and what we might do about it.

James Thorne is a Senior Engineer and Asset Manager at WSP. The views expressed in this article are his own and do not necessarily represent the views of WSP. You can contact James here.

We asked IPWEA NZ Board member Raveen Jaduram some questions on infrastructure, politics and leadership

How are politics and infrastructure linked?

Infrastructure is necessary for the wellbeing and growth of society.  It follows, therefore, that the provision of infrastructure is a social contract. Infrastructure is very lumpy, expensive and generally without economic return so we socialise the costs via taxes.  Hence it is governments that are responsible for the planning, construction, funding, financing, operations and maintenance of infrastructure.

What about politics and leadership?

The majority of physical and social infrastructure that we enjoy today is due to visionary civic leaders – politicians – who provided leadership to rally support and commit to these lumpy capital investments.  The most recent example in New Zealand is ultra-fast broadband rolled out by the Government.  None of the commercial entities (Telecom, Vodafone, 2 degrees) could have justified on economic grounds such an investment.  Only governments are able to take such bold initiatives.

However, politics is not the same as leadership.

Politics, by definition, is the debate between political parties.  It is also used to refer to “hot air” and jostling for status or power. Politics can give us poor infrastructure outcomes, including none at all. We see poor leadership when incumbents remain in positions too long, not sharing power. Society suffers due to actions or inactions of politicians who are bad leaders.

Politicians who are good leaders will compensate for their weaknesses by surrounding themselves with others with the requisite strengths.  They will be visionary but delegate to others to execute.