Is it time to reconsider traditional Net Present Value assessments? 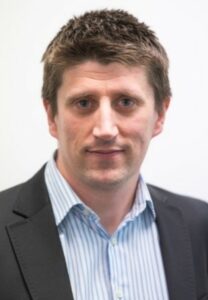 Net Present Value is becoming the de facto method of measuring and comparing the whole of life costs for major projects in most councils in New Zealand. This is for good reason too, with Net Present Value being a favoured approach by economists and investment analysts for years. But is it always the best option for assessing ratepayer value?

It is certainly a convenient way of comparing the whole of life costs of projects that may have different cash flow profiles. This is particularly helpful where two competing projects may have similar total (undiscounted) costs but an entirely different spending profile. But for councils, which often have easy access to debt, decision making typically focusses instead on the impact on ratepayers. This is where the standard NPV approach is weak. By ignoring the way in which councils actually set their rates, the standard NPV approach also ignores the direct impacts on ratepayers. Can a council or its ratepayers, actually afford the annual costs, and what will the annual impact be? This is where the use of different approaches for measuring the value of investment decisions becomes important. By looking at the annual rating impact and what we term the Ratepayer NPV we can look through the impact on council and see how an investment decision will impact those that are actually paying for it.

Neither measure is necessarily better than the other, and instead it is important to know that the different approaches exist and the situations where one measure may be more useful than another. Understanding the differences in how each number is derived and what its purpose is, will help elected members and officials make informed decisions. A ratepayer NPV calculation attempts to look through the council to the ratepayer and attempts to address the question of which option has the lowest whole of life costs for a ratepayer. This approach is useful when comparing multiple options for delivering the same outcome. At this point, a decision to invest in a particular asset / service has been made and a ratepayer NPV assessment will help to determine which delivery method has the lowest whole of life cost or highest return for ratepayers.

Next time you are comparing investment proposals, think about whether a traditional NPV is the right measure. If in doubt about which measure to report, why not use both. The additional work is often marginal, but the added value could be significant for decision makers.